Was “the Joker” Right?

Consider what the Joker says in the following clip:

Most people would agree that the Joker is a lunatic who’s clearly gone insane, but here in this scene, he actually makes an interesting assertion regarding human morality:

“You see their morals, their code…it’s a bad joke.  Dropped at the first sign of trouble.  They’re only as good as the world allows them to be.  I’ll show ya, when the chips are down.  These ‘civilized people,’ they’ll eat each other.”

The hard truth of the matter is that without God…the Joker is right!

If there’s no God, morality is nothing more than a collection of rules mankind has made up for themselves to try and control their surroundings.  There’s no truth, no depth, and no consistency within them!  Rather, they’re made up according to what we as individuals deem as “right” and “wrong.”  And if morality is based upon what a mere human’s opinions are, then it doesn’t truly exist!  For who among us is worthy to come up with such a set of rules?  Certainly not I!  Yet if there’s no God, morality becomes just that…each individual deeming what’s right and wrong for themselves based on their own prejudices and experiences.

It seems more and more that society is embracing this form of morality.  Today’s religion seems to be about letting everyone make up their own rules for themselves and live their life how they want to live it–with no regard to what true righteousness entails!

The truth is that if everyone has their own morality, then there is no morality at all!  It’s all a sham that doesn’t exist!  We’re nothing but wild animals, roaming the earth trying to gain all we can for ourselves before we die.  We have no purpose, no mission, and no true calling! 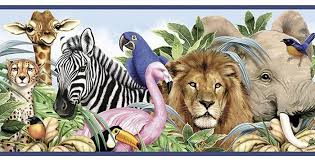 Thankfully, that’s not the way it is…

“Then God said, ‘Let us make mankind in our image, in our likeness, so that they may rule over the fish in the sea and the birds in the sky, over the livestock and all the wild animals,and over all the creatures that move along the ground.’  So God created mankind in his own image, in the image of God he created them; male and female he created them.”–Genesis 1: 26-27

God created humans greater than everything else on earth.  He created us in His own image!  And with that image, He gave us the ability to discern between what is right and what is wrong.  Furthermore. to make it clearer for us, He spelled out the law in the Bible so that we humans might know what true righteousness is!

Obviously, each of us fail to live a life that is truly righteous.  Thankfully, however, God isn’t about rules!  Rules don’t “save us” (as the Joker would say).  God gave us the law so that we might know that we’re NOT righteous, and that we all need Him to come and redeem us from the sinful lives we’ve chosen to live.

So the answer is “no.”   The Joker is not right.  Morality DOES exist and it’s NOT a joke.  It’s in fact a gift from above.

The joke is when we mere humans reject the law of God and have the audacity to think we’re somehow worthy to say what’s right and what’s wrong for ourselves! No human or group of humans is worthy to tell anyone how to live their life.  Only God, the Creator of the universe and the Master of all things, is worthy of such a task!  Therefore, we need to embrace the sense of morality that lives deep inside us all but also recognize that it’s God who created it–not us!  And we must respond accordingly…

Open His word and read for yourselves the truth that exists in Scripture.  For His truth is so much richer, deeper, and practical that any we could ever come up with ourselves.  And when in doubt, always remember God’s two greatest commandments (which will never fail you in any situation):