The Root of “Breaking Bad”

Posted on September 29, 2013 by bradyhammond

Over the last couple of months I’ve been strenuously trying to catch up on AMC’s hit show Breaking Bad (an intense drama about a high school chemistry teacher who becomes a meth kingpin upon learning he has cancer) in order to be able to watch the series finale tonight. 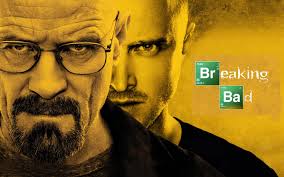 It took me a while to even agree to watch the show, because I thought it would be all about rationalizing the use and distribution of drugs, and I wanted no part of supporting such a message.

Upon finally deciding to give it a chance (after much convincing by some of my friends), I discovered that the show in no way supports the use of drugs.  Contrarily, the show does an excellent job demonstrating the dark and dangerous world that is the drug community.  From being a casual user to a distributer to the head of an entire drug operation, the show really demonstrates why getting involved with drugs is a fool’s errand–no matter who you are or what you do.

Having said that, I still think you should have some discretion before deciding to watch the show, because it unapologetically displays a dark and evil side of life in a very uncensored manner.  I’d definitely say if you’re under the age of 18 or are someone who just doesn’t want to experience the negativity and sinfulness that is involved with the show, steer clear from it!

As for me, it has definitely opened my eyes to how complex and evil the drug world is and has reinforced why it’s so important to teach our youth to stay away from drugs.

It also has made me wonder, “How do so many good people get involved with such horribly negative and destructive activities?”

I then began to think about the show’s main character Walter White–a seemingly innocent family man with no criminal history or obvious faults.

How did this guy get so involved with drugs? 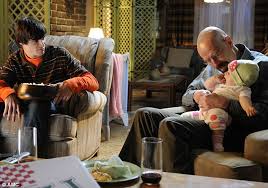 The answer is quite simple…it was all a matter of worship.

God created all of us to worship Him, so at our core, all of us are worshippers–whether we like it or not.  So the question isn’t a matter of if we worship but rather what we worship.  And if what we worship isn’t God, then things aren’t going to go the way they’re supposed to go in our lives.

Yes, believe it or not, putting our family as the first thing in our lives before God is wrong, and this was never more evident than when Walter White decided to cook meth in order to provide for his family during his bout with cancer–no matter what it cost him.

As a result of Walt’s worship of his family, he destroyed others’ lives, lied to countless people, and even murdered, and in the end, his relationship with his family was severed and his son even wishes for him to die.

Loving and caring for our families should be right near the top of our priority list.  But if it comes before our relationship with God, then we’re abusing the gift of family that God has given us and are not on the right track to living the way He wants us to.

Walt could have easily solved all of his financial problems early on when he had a former friend offer to pay for all of his cancer treatments, but because of his pride, he refuses to take the “charity,” and decides to take matters into his own hands.

Worshipping ourselves and how “capable” we are is also wrong.  If we think we are too good to accept help from others or too good to humble ourselves before God, then we’re abusing the gift of our talents and abilities that God has given us and are not on the right track to living the way He wants us to.

After advancing high up in the meth cooking business, Walt has the opportunity to leave his role as meth kingpin, keep the large sum of money he made for himself, and begin living a life with his family outside the dark world of drugs and violence that he had been in.

Despite this chance, Walt decides to stick with his meth cooking role as he tells his accomplices that he’s not in the “meth cooking business” but was now in the “empire making business,” and refuses to give up his high up position in the drug community.

Loving and achieving things in our careers are great, but if we begin to worship our accomplishments and our careers as if they’re the reason we’re living, then we’re abusing the gift of a career that God has given us and are not on the right track to living the way He wants us to.

Ironically, I have discovered that Walter White and I aren’t so different.  I too have found myself worshipping my family, my pride, and my career throughout my life and am convicted by the example Walter White has shown me.

No one or no thing should ever replace God as the first and only thing we truly devote ourselves to.  For nothing else can satisfy or fulfill such a commanding position in our lives.  As the old hymn says:  all other ground is sinking sand. 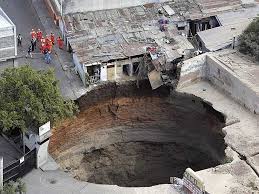 Or in Walter White’s case, a giant sinkhole.