One of the biggest responsibilities I have as a teacher is teaching young people how to behave in a morally acceptable way.  Most of us would agree that kids need to learn how to treat others with respect, to be fair at all times, and to be kind to others.  It’s been interesting, however, to see how kids respond when you try to teach them these values.  They often come up with some very valid questions…

These are questions I get from students, and I must admit, it’s very hard to give them a satisfactory answer without mentioning the name of Jesus. 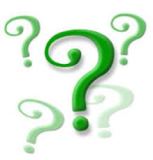 The truth is that students should treat others with respect, with fairness, and with kindness because that’s what God (the One who has determined what IS right) tells us to do.

Below are a couple of examples of this dilemma I’ve been faced with while trying to teach kids moral values without being able to share with them the truth about Jesus….

The other day I noticed one of my students cheating during one of my PE games, so I called him over to have a conversation with him about it.  After talking with him about the importance of playing fairly and the reasons we shouldn’t cheat, this kid gave me a very candid statement…

I didn’t know how to respond!  What could I say?  This kid clearly didn’t care if he played fairly or not–he just wanted the “glory” that came with saying he won!  And without acknowledging God, who’s to say his line of thinking was “wrong” compared to mine?  For who am I to tell him what IS and ISN’T right or wrong?  I am not worthy to make such a declaration!  The only thing I could think to do was to tell him about the One who is worthy…

I wanted to tell him the real reason to why we don’t cheat, but I couldn’t…

One day while I was supervising recess, I had a somewhat unpopular and socially awkward student come up to me crying about two kids who wouldn’t include her in a game.  After talking with the two kids in question about including others and treating everyone with respect, they responded by saying:

“But coach, we don’t like her!  She’s kind of annoying and we’d rather she just leave us alone!”

I wanted to tell them the real reason to why we include others, but I couldn’t…

These are just a couple of instances of times I couldn’t educate my students to the full extent they deserve.  For how can I fully teach them morals and values when we as a nation have stripped them of the foundation that our morals and values come from?

I recognize that in a public school we’re supposed to avoid talking about such things, and I’ve been faithful to that which has been ordered of me from higher up in the political ranks. 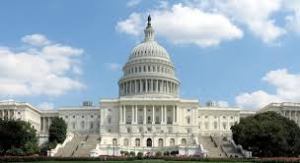 It’s just so frustrating to see so many kids lacking such crucial knowledge that would effect their lives so much.

Pray that our kids would discover said knowledge despite the world’s best efforts to hide it from them!